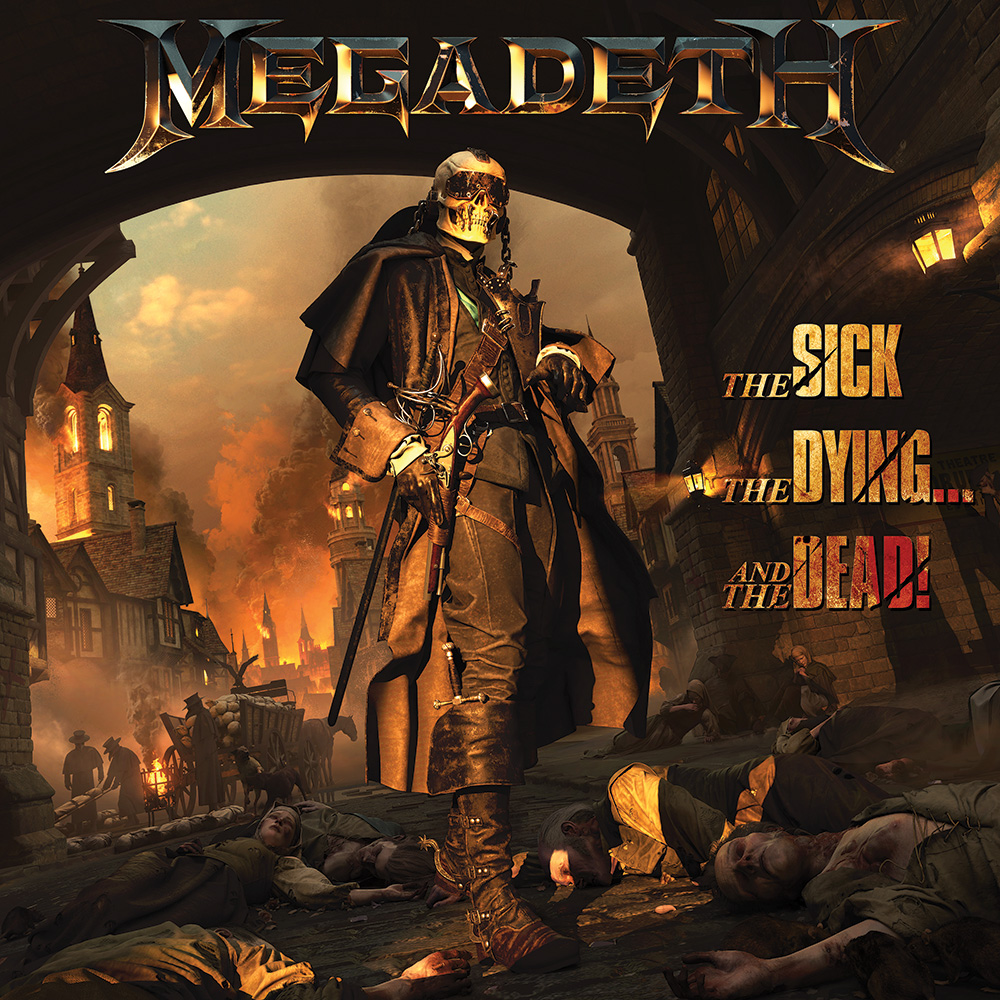 On 2 September 2022 r you could buy new Megadeth's album called "The Sick, The Dying… And The Dead!". Regular version of the record contains 12 songs. As the name says their mood is rather apocaliptic. No doubts - very high level.


In time of production some problems gathered together - mention only Mustaine's health problems or Ellefson's leaving. So except The Leader there'are new musicians, looking at the band in it's biggest triumphs in 80's and 90's. And the Album brings probably the best music in XXI century. It's even hard to pick the best track because all of them are very good even though there some differences between them.
The albums starts from title song "The Sick, The Dying… And The Dead!", with the calm guitar beggining comming to sharper i rhythmical music. There is also hard and fast "Night Stalkers" featuring Ice-T. There's easy starting "Célebutante" changing to speeding run in next parts. And there is also quite fast and rhythmical but melodic in vocal parts "Soldier On!". But can not be said that they are the best because all the music is quite equal and very worth of suggestions..
My note
8/10
(leave the comment - say what you think about the album)